I’m huge Philly sports fan. I love the Eagles, Phillies, Flyers and Sixers. Though I irrationally hate the (goddam piece of shit) Cowboys and Giants and Mets etc., I still try to be as level-headed about sports as I can. I love all my fellow Philly fans, but there’s always been something that bugged me.

In the major American sports, there’s at best, a 1 in 30 shot that your team is going to win it all. And in most cities (but especially Philadelphia), if you’re not #1, you failed. If you fail, then you suck. If your team sucks, then you’re not happy. So, chances are, you’re not happy.

Buddy Bird is THAT fan. His bar is set so high, he’s almost never satisfied. He represents all the completely irrational sports radio callers and message board commenters who expect an almost unprecedented level of success from their teams (who are competing against 30 other teams with equally crazy fans).

HAVING SAID ALL THAT….

None of that really shows in this first episode. This is just a quick character introduction, as I originally just wanted to create a crazy sports fan so I could make something sports-related. 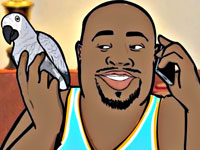 He Said He Said

TERRANCE Terrance features little moments from the life of Terrance. 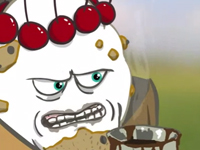 “FEAR AND COOKIE DOUGH” TRAILER Season 1 trailer for ‘Game of Cones.’ (EDIT 5.6.2020) Before Game of Zones there was Game of Cones, and before… MORE »Game of Cones 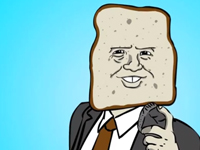